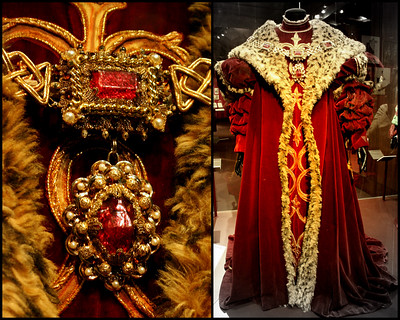 Victors, mainly consisting of men, write history. Because of this, women have gone both under-represented and misrepresented. They are either subordinate pawns or go above their station for acting as their male counterparts. An example of such would be Lucrezia Borgia.

Who were The Borgia?

The Borgia were a Spanish-Italian dynasty prominent in political and church affairs. Much like other political dynasties of the era, they fought for power. In Italy, the ultimate power was the papacy. The family had two Popes – Alexander VI and Pope Callixtus III. Because of their grasp for power, they made enemies of native Italian dynasties, such as the Medici and the Sforza, who weren’t fond of foreigners interfering in their affairs. This competition, combined with xenophobia, helped fuel rumors about the Borgia family and cemented their reputation as a sinful and hedonistic family.

It is no wonder that Lucrezia Borgia would become the center of political rumor and intrigue.

Lucrezia Borgia was born in Rome, in 1480. The circumstances of her birth already landed her in the midst of scandal. Her father, Rodrigo Borgia (later Pope Alexander IV), was a cardinal who was having an affair with her mother (as well as multiple other women). She was one of his 10 illegitimate children although she was amongst her father’s favourites.

She was highly educated in politics, art and music. Her father often trusted her to take care of his papal affairs when he was away. This would concern the clergy who didn’t trust or want women in church affairs. A painting by Frank Cadogan Cowper in the 20th century portrays Lucrezia seated in the papal throne. Whilst it is unknown if this event actually took place, it represents the power Lucrezia had in her family.

When her father became pope, she was useful in cementing alliances with other noble families. Her beauty and intelligence helped attract a number of powerful suitors.

Her first marriage was to Giovanni Sforza, who belonged to a powerful family. Lucrezia’s marriage to Giovanni only lasted three years as his family became less useful to the Borgia. As Pope, Alexander IV forced him to sign a pledge stating he’d never consummated the marriage. In return, Giovanni started the rumor that she had been committing incest with both her brother and father. This rumour was helped by the birth of a child, known as Infans Romanus (the Roman child). Many believed, thanks to the rumours, that he was the illegitimate child of either an incestuous union or an affair Lucrezia had with a servant.

Her second husband was Alfonso D’Aragon. She held the title of governor of Spoleto – a position usually held by a Cardinal – in her own right, rather than her husband holding the title. They had one son together before his murder in 1500. Her closeness to her brother, Cesare, fuelled rumors he had murdered her second husband and was her lover.

Lucrezia’s third marriage to Alfonso, Duke of Ferrara helped heal her reputation. As the Duchess of Ferrara, she became a patron of the arts and was held in high regard by the people. Because of this change in her reputation, he managed to survive the downfall of the Borgia family after her father’s death.

Despite Lucrezia’s positive reputation towards the end of her life, it has been the false and salacious rumours that have defined her character. Victor Hugo’s play Lucrezia Borgia (1830) presents her as a femme fatale who poisoned men she couldn’t manipulate, using a hollow ring to carry the poison in. She attended her father’s racy parties and had committed incest with members of her family.

In Showtime’s historical drama The Borgias (2011-13), Lucrezia Borgia is portrayed as having an incestuous relationship with her brother, Cesare whom she convinces to kill her first husband. These rumours have no factual basis and have been known to be made up, but have still defined her reputation.

What can we make of Lucrezia?

Lucrezia’s reputation as a villainous murderous femme fatale is undeserved. Despite her positive reputation towards the end of her life, her afterlife is rife with rumours and lies. This is an unfortunate fate for women who defy the norms of their society. Moreover, the historical reassessment which sees Lucrezia as an innocent pawn in her families’ schemes is equally insulting. It strips Lucrezia of her agency and intelligence. Instead, we should recognise her for her political prowess and intelligence.

The Borgias may not have been saints, but Lucrezia was particularly demonised due to the misogyny and the hostile environment that was Renaissance Italy and its politics.

Lucrezia Borgia is an example of how women throughout history are demonised. Despite her male counterparts being accused of the same actions, they do not have the same labels attached to them. Perhaps we should take popular representations of powerful women with a grain of salt.

Your guide to the Borgias – History Extra

Featured images courtesy of Wikimediacommons. Image license found here. No changes have been made to these images.

Header image courtesy of Kotomi_ via Flickr. Image license found here. No changes have been made to this image.