In the midst of the Cold War, almost everyone was watching the race for Atomic Bombs. The world looked on as one by one major military powers created their own weapons of mass destruction following the United States attack on Japan during World War Two. They had shown the power and destruction possible with these weapons as they destroyed Nagasaki and Hiroshima and other military powers saw the possibile unbalance of power if they did not have comparable weapons. The United Kingdom, itself a power whose power and influence was being limited by the new power of the US, looked at where it could now test its mightiest and deadliest weapons and it saw fit in the isolated and remote desert of Maralinga, Australia.

The Commonwealth sat in a position to continue its imperial power; the UK continued its legacy of using land and resources for its own military and economic value with little regard for that those living there. Australia was not Britain’s initial choice, both Canada and the US refused. Robert Menzies, Prime Minister at the time, thought it an opportunity to strengthen the relationship between Australia and Britain. Menzies, a well-documented Anglophile also saw value in securing alliances with the UK (and likely the US as well) as a guarantee of protection for Australian and agreed to a permanent testing site without even referring the issue to cabinet. 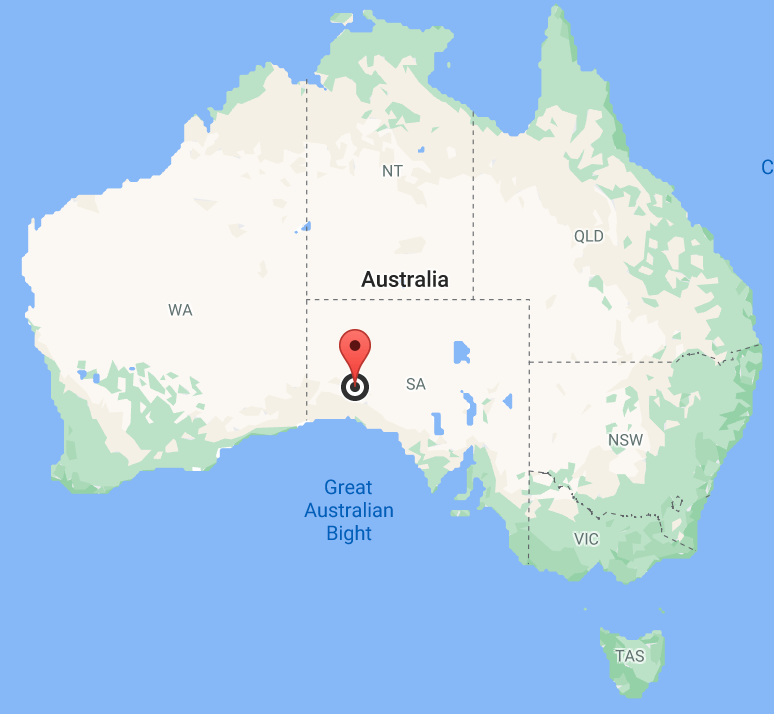 Maralinga is in South Australia, a remote region of the Great Victoria Desert. It was the place used almost 6 decades ago for tests of British Atomic Bombs.  It is the traditional land of the Maralinga Tjarutja people. The 3000 kilometre area was used for tests, starting September 27 1956. The mushroom cloud had covered the sky, the 15 kiloton weapon had been dropped on the desert. It was the same size as that which had been dropped on Hiroshima a decade earlier, though the design was inherently different. By October the following year the tests were concluded, everyone packed up and left.

The traditional owners were not given warning of the tests, nor of the risks associated with them. Repercussions are still being felt today. Green glass litters the site, the desert sand being melted into an eerie reminder of the destruction. The land remains sterile, no vegetation grows in the immediate radius of the test sites. The site itself is a permanent reminder of the destruction and horror that took place here. The UK did attempt an ineffective cleanup in the 1960’s. A second clean up took place between 1995 and 2000, with a total bill of AUD$100 million, of which Australia paid $75 million. Despite these efforts, 60 years later there is 400, 000 cubic metres of soil contaminated with plutonium and there remains sections of the desert inaccessible and unsafe.

Of those who worked at the site during the tests, thirty percent died of cancers, though it has not been concluded that exposure definitively caused these fatal cancers. Indigenous residents also experienced long term health conditions, Jeremy Lebois, chairperson of the Maralinga Tjarutja council saying “My dad passed away with leukaemia. We don’t know if it was from here, but a lot of the time he worked around here.” More stories of the repercussions are equally chilling, “[Yankunytjatjara man] Yami Lester testified that people got very sick, some died, and he lost his eyesight”. The health issues faced by traditional owners of the land, a result of the tests they were not adequately warned of.

Maralinga was returned to traditional owners in 1984, though the final sections only eventually returned in 2009; the Maralinga Tjarutja people only received AUD$13 million in compensation for loss of their land. Since 2016, tours of the site have been run to share the stories and its repercussions to tourists. Even with these tours, the history is largely dictated by the British version of events. Sharon Yendall, general manager of the Maralinga Tjarutja Lands Council, saying “We hear about scientific stories and veteran stories, but we never hear about Aboriginal stories”.

The tests at Maralinga and the other sites around Australia were fundamentally the result of nuclear colonialism. Britain has asserted its dominance, combined with an anglophone Prime Minister in power in Australia. It occurred as the US had made nuclear weapon collaboration with other nations illegal, which excluded the possibilities of further development with the UK. The tests ravaged the land, decimated the environment and resulted in 60 years of heartbreakingly slow recovery. Today, the land is managed by the Maralinga Tjarutja Lands Council. In 2016, a touring national art show entitled Black Mist Burnt Country commemorating the 60 year anniversary of the tests showed the legacy of the site.

Featured image courtesy of Wikimedia Commons. No changes have been made to this image.